Why Bike? A Rationale on Cycling 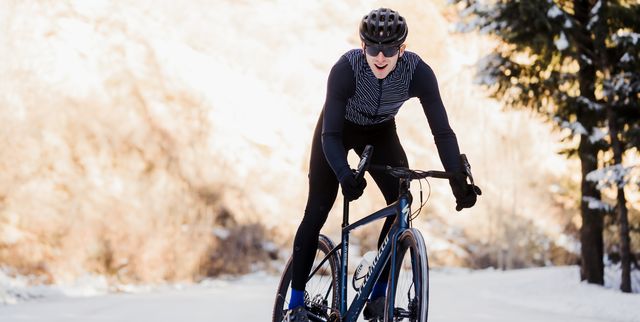 August 2013 – It’s been more than a year now since I bought my first mountain bike, all thanks to the initial influence of my brother and some friends, and it’s been fun all throughout! But after all the planned and impromptu rides we had since early 2012, I sometimes ask myself ‘Why do I love biking?’

Like most people, I learned how to ride a bike during my childhood. That was when I was about six or seven, I think. But my parents sold all the bikes we had in the house after the constant mini-accidents I had while biking, even though I never went farther than 500 meters from our house. Riding never crossed my mind again ever since. Well, until my brother bought one for himself last Christmas of 2010.

And then one time, I accompanied big bro at The Fort to bike with his friends (while I stayed in a coffee shop). But I’d sometimes switch with him when he gets tired, and that’s when I remembered how fun it was to bike. And when my friend Dennis learned of our trips, he would lend me his old bike so we could ride together.

After a few more rides in the city, the desire to bike slowly but surely increased significantly. I’d invite old friends who also have bikes to venture to the foodie areas of Marikina and Quezon City. Problem is, always borrowing my brother’s expensive bike would wear it down, so I decided to buy my own. I went to John Wilkie’s Bike Shop located along J.P. Rizal st., Marikina City, and found a decent ‘Infinity’ mountain bike for 10,000 PHP. I wasn’t brand conscious at the time (even now, so long it works lol), and I just made sure it had disc brakes and that the frame size was right for my height.

After a few more friends jumped in the bandwagon and bought their own bikes, we upped things a bit: we formed Joal’s Sugoi Biking Club on a whim and went on to try bike trails such as the ones in Camp Aguinaldo, Quezon City and Nuvali, Sta. Rosa, Laguna. Around half of us, though, rode road bikes since being the athletes they are, they use it to train for their triathlon gigs. That didn’t stop us from riding together, though.

To formally answer the question regarding why, it really just comes down to being fun and fulfilling. In business terms, the return of investment you’ll get into buying a bike and spending ample time to use it, are (1) plenty of exercise to keep you in shape, (2) getting to travel to a lot of places in a way you’ll never be able to by car or foot, and (3) being able to spend time with friends in this fun endeavor. A bonus (4) would be that addicting adrenaline rush you’ll get while going on dirt bike trails.

Though ride after ride, that unavoidable habit of always wanting to upgrade your gear and becoming brand-conscious finally plagued us. Although I try to resist, it’s actually good to invest in equipment that could actually prevent you from certain injury, or even death. But sometimes, the impulses can go a little overboard by wanting to upgrade everything all the time even though it’s technically not needed. That’s the unhealthy and ill-advised part.

Buying parts on sale or for cheap though, is a different matter. That said, I upgraded my Infinity frame to Lesmer’s GT-One Joyce since it looked sturdier, and only for 2,500 PHP at that! It was worth the cash since my rides have been smoother since. Another good thing about being immersed in gear is that you actually get to know, in a natural effortless way, the whole anatomy of the bike, which will be very useful in the long run.

Anyway, definitely more rides to come! You a non-cyclist thinking or learning and going on adventures with biking? Don’t be afraid to invest in protective equipment, and also don’t be afraid or shy to learn the basic ropes in biking if you haven’t yet! Age doesn’t matter here. And no, not everyone learns to bike as a kid. And always, ALWAYS be alert while on the road. Knowing traffic rules is also a must. Here are more photos from our previous bike trips throughout the year: