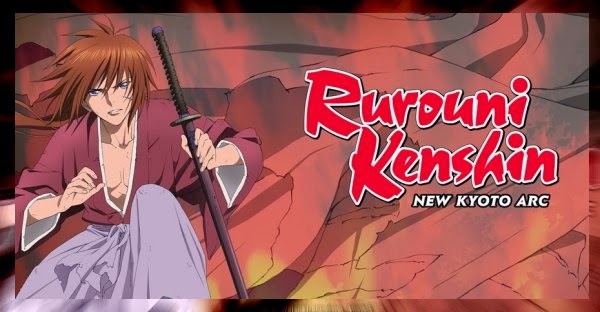 
With the live-action films of Rurouni Kenshin getting everyone’s attention during the same time this anime movie was released, there’s a big chance you might have missed it.

The New Kyoto Arc is a two-part movie spanning 46 minutes each, and retells the epic story of our wandering ex-Hitokiri Battousai going back to war again to stop Shishio Makoto from taking over Kyoto, and in the process, Japan. But this time, we’ll witness it from the eyes of Misao Makimachi. The movie starts with Misao looking for a ‘cold-blooded killer with an X mark on his face’, with hopes of knowing Aoshi Shinomori‘s whereabouts. The entire original voice cast has come back for this project- all except for Saito Hajime’s seiyuu Hirotaka Suzuoki, who passed away last 2006. Saito is now voiced by Ken Narita.

After all these years being a huge fan and all, it’s quite refreshing to see Rurouni Kenshin in modern HD graphics. And I have to admit- Studio Deen did a pretty good job here!

Also, if you love the music in the original series, expect a bit of nostalgia as the pieces used here, while newly recorded, are wholly based on old tunes from the anime.

Condensing the 32-episode Shishio arc (roughly 11 hours) to just 90 minutes is overkill, but the story has been re-written in a way that it would only contain the most important parts- mainly what happens between the key characters of the story: Kenshin and Shishio. If you’re expecting this would be as detailed as the series, sorry to disappoint- at best, it’s just a summary or recap of what happened strewn in glorious HD. Still great nonetheless!

I also noticed they took a more realistic approach this time since there’s no exaggerated or impossible super sword moves. They just clash swords, and when one is stabbed, he dies. Lol.

Here are a few more screens: