“A manly night of homemade burgers, franks, nachos, bacon and booze. This is how life should be.”

Once upon a time (which was about a few weeks ago lol), a certain curious Joal decided to buy an electric grill and invited his merry friends to test how well it would do for a party. So after experimenting on cooking such scrumptious meals of meat along with a cheeseful James, Old Jack’s Burger™ was born!

Gone are the days where we can only drink cheap lukewarm booze while using the fluorescent light as our chaser (Boy Bawang nuts if lucky.) Now considered as part of the country’s manly workforce, real men would need real man food! Aside for the main event, we also had James’ signature Jack-o-Nachos (temporary) and Paul’s Hungarian Sausages. We held the gathering at my place in LA (Lower Antipolo yo!).

The Secret: Thinking about it, there’s no secret! We just bought raw ground beef at the supermarket, shaped them up to big patties then applied salt and pepper to taste. We cooked the burgers and bacon like so:

Next, we prepared the ingredients for the nachos: ground beef, chopped tomatoes, Cheezee Squeeze and fresh milk. To prepare the cheese sauce, just mix the fresh milk and squeezed cheese in a bowl and heat it via microwave. How much? Just let your instincts decide. That, or you could just look at the photo.

Mix everything to the nacho chips in an intricate manner, and boom! Congratulations on your Jack-O-Nachos!

If done right, cheese must stretch at least 1 foot high!

For the other ingredients of the burger other than the patty and bacon, James prepared caramelized onions (click here to see how.) Heat the buns and once everything is set, prepare the dish via the ff. arrangement: bottom bun, burger patty, cheese, bacon, caramelized onion, Hunt’s BBQ sauce and top bun.

Voila! A burger from the heavens made here on Earth. Impossibiru made possibiru!!

After all is said and done, itadakimasu!

To be honest, I wasn’t expecting the burger to taste really good- as in ‘better-than-most-restaurants’ good! And here I thought people used secret seasonings for their burgers to taste good when all it needed was a nice mix of salt and pepper to the patty. While eating is when we actually discussed the business side of things- it’s totally feasible, but then again we have a lot of other current responsibilities to attend to, so yeah.

We’ll just stick to having planned gatherings like this with more of our friends soon so watch out! 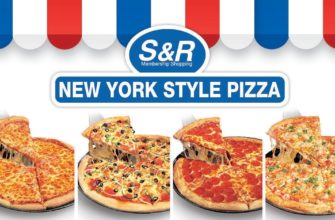