My friends often talked about wanting to bike to Sierra Madre but I don’t know where it actually is- I only remember the name being discussed in our geography class way back in our graders. Despite that missing piece of seemingly unimportant information on my part, we planned to do it last Saturday- it was quite the surprise. In my biking of two years, this ride proved to be the most painstaking and fulfilling yet!

Below are the key locations of our ride I plotted in Google Earth:

Summary of the ride via Josh’s Garmin Connect:

6:30am– I biked my way to Josh’s place to meet with him, Joal and Dennis so we could make our way to Boso-Boso’s Inang Valing’s via car. Dave and Reg already departed earlier in the morning since they decided to bike it all the way from their homes. We met there at around 7:30-8:00am.

From Inang Valing’s carinderia, we started the main course and was surprised at the series of downhill slopes ahead of us. Yeah, it was fun and games at the time but that pretty much indicated that it’s gonna come back to us the opposite way on our way back, super uphill style!

Stopping a couple of times every 3-6 kilometers for rest and re-hydration, we managed to take photos:

Definitely a lot of uphill slopes everywhere. In every turn or curve, we were always hoping for that saving grace in the form of a downhill slope BUT NO. Things just got harder and harder. I seem to keep forgetting that we’re on a friggin’ mountain range! A few things I learned on this ordeal: pacing your breathing with reserved pedaling to conserve energy and to keep your body from wearing out, re-hydrating every now and then, and that walking with your bike in an uphill slope is actually more tiring than biking it with your smallest front gear and biggest rear gear on.

Walking may seem easier, but I swear it’s gonna wear you out more!

Nearing our destination, selfies weren’t prioritized anymore because of the breathtaking views:

We finally arrived to our ultimate destination- The Sierra Madre Hotel & Resort! After a painful and muscle-straining effort of traveling 25km in 210 minutes with only two wheels powered by our legs, it’s definitely an achievement unlocked-moment! I could practically hear a PSN Trophy sound off the moment I got there lol. The road racers Josh, Reg and David arrived around 30 minutes earlier than us, as usual.

The overlooking view from the hotel was just exhilarating– it was more than enough as a reward:

What made things better is that they have awesome and affordable food! Their authentic Vigan longganisa rice meal with egg and softdrinks only cost P130, as well as their other breakfast and lunch meals- totally cheap for a hotel! Their overlooking balcony is where we parked our bikes and ate. Good times.

My whole body was aching at the time, but I really didn’t care anymore- the fun made it go all away.

It rained upon prepping for our way back so we set up a buddy system in case something bad happens. And since there’s sure to be a lot of downhill slopes combined with sharp turning curves, it was REALLY advisable to have our bikes on constant brakes while going down. It was scary and hand-numbing, but I guess it’s also something we have to train ourselves to do. Good thing the rain stopped midway.

On our way back, I decided to stop at the place where I saw a cute white bunny before- it just had ‘HUG ME’ and ‘PET ME’ written all over it! Upon getting closer to pet her, three dogs from the household suddenly came barking and running out. I wasted a few seconds to see if they were chained or something- they weren’t. I tried to block them with my bike and ran like hell. I don’t recall what happened due to panicking, but Reg and Dennis said they saw me and it was quite hilarious. My heart pained after not being able to pet said bunny.

Anyway, what we thought that was supposed to be all downhill from there was a mistake. There was still around 2/5 of uphill slopes in the entire 25km on our way back. It was frustrating- my legs were really hurting and were on the brink of cramping for good, and we had to walk a lot of times on the really steep roads even though I said before that it’s bad. On our last kilometer back, in Boso-Boso Resort, I saw Josh in his car on his way to fetch us. Thank God! That remaining kilometer was just one big chunk of ungodly steepness!

What’s next for us? I wonder. But that 50km ride was literally a hard mode of biking from Antipolo’s Masinag to Pasay’s Mall of Asia, twice! But I don’t want to brag since I feel this is just the surfaced we’ve scratched. When asking other bikers on our way to Sierra Madre, they mentioned they biked there all the way from Quezon City! So hardcore. 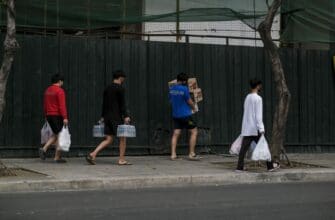